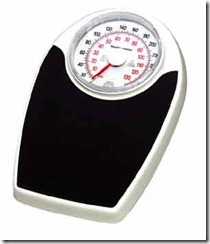 (We all paid in $25 and the winner takes (or took) all.  What I’m happy about is that I lost pretty much nothing (maybe 1/4 lb) for the first 6 weeks or so, but as I completed the C25k and started to make a serious commitment to eating and drinking properly, the weight has just started to slip away.  I wonder what could have been, if I had hit upon this working combination earlier. I had been trying things, but kept getting derailed.

I’m happy for the guy that won the challenge, he lost more than I had set as my goal, and even if I had lost my targetted weight, he would have still won.  My goal now is to keep at it, maybe even ramp it up a little, and flaunt a beach bod when the southern hemisphere summer finally gets here.

So what did I do differently?  Firstly I found a youtube video from a guy named Scooby, that sent me to his website that is aimed primarily at beginner bodybuilders which has a lot of nutritional advice that I found really helpful.

Since finding Scooby’s site, which recommends cardio daily I began to run every day, but I hit two obstacles:

Through another page I have started reading recently, I discovered Steve Kamb’s Nerd Fitness – Level up your life one day at a time.  This had a lot of motivational type posts on it, and a few that expounded theories on nutrition that were pretty similar to Scooby’s.  By this time there was only about a week left in the weight loss challenge so I haven’t been following along for very long at all.

Then I saw a couple of days ago that Steve had posted a blog about a friend of his that lost a crap ton of weight.  Steve mentioned the Paleo diet and a site called Mark’s Daily Apple.  I’ve spent the last couple of days looking around the site, and while some of the imagery might be a little over the top for some, it seems to make a lot of sense and his ‘primal blueprint for fitness’ seemed to ring a few bells for me particularly since I started to get injured when I upped my running schedule.

The principle of gradually increasing the workouts from starting somewhere that sounds far too easy also seems to sit well with me, since when I first started the C25k, I thought the earlier stages were too easy, and I should have jumped in a bit later down the track.  As it was I started in week 2.  Looking back on it now I think that if I had started further into the program I would have likely got burned out early, and given up.  The staged progression was actually pretty good.

I am still enjoying running, and intend to keep it up.  I am not going to run every day, and may not even do the every other day thing like I was doing during the C25k.  With the forest closed off (temporarily I hope) I am running on concrete around a small lake.  While the park is pretty, I still much prefer the forest, and the dirt road in there is much easier on my body.

Another thing is that Mark Sisson abbreviates his Primal Blueprint to PB.  A great fit for pB

.  So I have decided to start.  I will need to shift a few of the days around to accommodate my shift patterns, but it should be doable.  Today was a a day of play with an hour of Karate (see fits my lifestyle already!)  Tomorrow will be a day of Lifting Heavy Things”

The first heavy thing to lift is me